Food for Thought: What’s the deal with gluten? 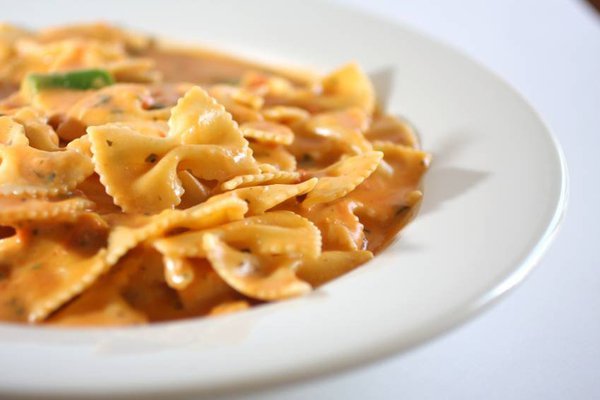 Eating gluten-free (GF) has become one of the most popular diets in the United States in recent years. But what is gluten, should we really avoid it?

Gluten is a protein naturally found in wheat, rye, and barley. Gluten is made of glutenin and gliadin, and these proteins form strands that strengthen food products. When removing gluten, the integrity of the product may be affected, and they might be crumblier or more likely to fall apart during preparation.

The gluten strands also play an important role in the leavening process, allowing air to fill the pockets between the strands, creating a fluffier product. Foods that typically contain gluten include bread, pasta, cookies, pastries, crackers, beer, sauces and gravies (thickened with flour), and cereals and granola. However, gluten can be present in many other food items as well.

Some people avoid gluten due to Celiac disease, an autoimmune condition that requires a clinical diagnosis. If someone has Celiac, consuming gluten causes inflammation and damage to the small intestine, leading to decreased absorption of nutrients – not to mention a wide variety of unpleasant symptoms including constipation, diarrhea, gas, indigestion, vomiting, and nausea.

A strict GF diet is important for people diagnosed with Celiac disease, which also includes being cautious of cross-contamination. It takes very little gluten to induce a reaction, even if it is just a few crumbs. Foods produced in dedicated gluten-free facilities are often seen as necessary to prevent any chance of cross-contamination in food processing.

In other individuals, it’s believed that gluten can cause symptoms regardless of a diagnosis of Celiac. Someone with non-Celiac gluten sensitivity will not have the same autoimmune reaction causing damage to the small intestine, but could still feel some of the same symptoms and discomfort as someone with Celiac disease. Although it is not crucial for these people to eat GF diets, they may feel better by avoiding gluten-containing foods if they choose to do so.

Does it help with weight loss?

Some people may look to a GF diet as a means for losing weight. However, replacing gluten-containing foods with GF foods may not lead to weight loss for all people depending on what food substitutions they are making.

For example, if they are replacing regular cookies with GF cookies, then the substitute could contain more sugar, fat, and calories than regular cookies. By removing gluten from the diet and replacing it with more whole foods, weight loss may be achieved in some people. However, it is not the lack of gluten that is causing weight loss, it is the replacement of processed foods with more nutritious whole foods.

GF diets are necessary for those with Celiac disease or gluten sensitivity, but may not benefit others. As with all things, everything should be consumed in moderation. Consuming a diet high in whole, unprocessed foods will benefit most people because of its nutrient-dense nature whether or not it is gluten-free.