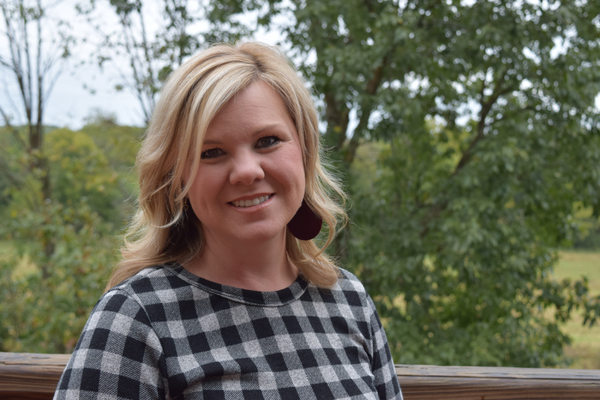 When Linse Hawks went in for her mammogram a few weeks ago – her very first one – she didn’t expect to hear anything other than that things were fine. It didn’t seem like that big of a deal: She was young, had no family history, and no reason to believe that the test would reveal concerns.

“It’s difficult to make time, being a working mom,” she says. “It feels like the last thing on the list.”

She had other things on her mind when she went in for the test: School had just started, which is a busy time for her three children, and also because of her job as a speech pathologist.

Those thoughts were put on pause, however, when the mammogram revealed a questionable spot. She was scheduled for an ultrasound, which was when she began to get a little more concerned.

“The fear kind of got ‘real’ at that point,” says Linse.

The ultrasound indicated that there might be a problem, which led to a biopsy. Although there was nervousness about the test’s potential results, Linse leaned on her family – and her faith – through it all.

“I knew that God had this under control, and that gave me peace no matter what,” she says.

She also speaks to the appreciation she had for her continuity of care. She worked with a patient navigator throughout all of her tests, which made her feel more at ease as things progressed. Things moved quickly, she says, from the first test to her getting the results of her biopsy – which, thankfully, were benign.

Linse didn’t have cancer, or require any further treatment – but she is very glad that she went in for her mammogram when she did, and encourages other women to do the same.

“I had no symptoms,” she says. “I’m so glad I got my mammogram when I did, and hope that my story will help inspire other ladies to do the same.”